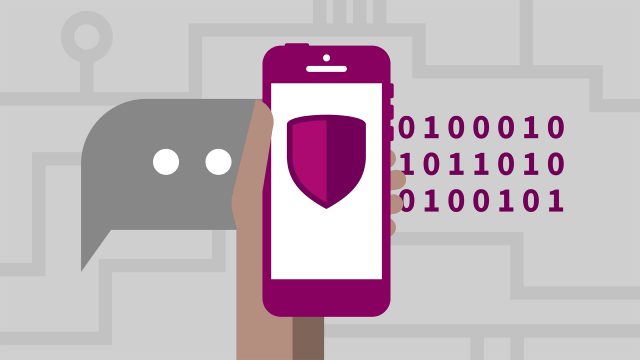 In previous blogs we have explored in detail the concept virtual private networks, or VPNs for short.

Essentially, this is just another way of establishing a secure line of communications over the Internet. With a VPN, there are two lines that are established.

The first layer is the one you connect with your username and password combination.  The second layer actually “envelopes” the first layer.

As a result, this makes your connection invisible to the outside world, and most importantly, to that of the cyber attacker.

However, implementing a VPN can be a costly proposition, especially for a small business.

Very often you may need more than one VPN connection for your employees, and this where the role of a “VPN concentrator” can come into use.

The VPN concentrator can also be defined as follows:

“A VPN concentrator is a type of networking device that provides secure creation of VPN connections and delivery of messages between VPN nodes. It is a type of router device, built specifically for creating and managing VPN communication infrastructures.”

The functionalities of a VPN concentrator are as follows:

> It authenticates remote users whom are attempting to access the central server(s);

> It negotiates and defines the tunnel permutations and parameters;

> It can encrypt as well as decrypt the information and the data that is transmitted across in it;

> It can manage the security keys that are associated with the VPN network that you are using;

> It can optimize the flow of data packet traffic across the various tunnel connections that have been established;

> It can also manage inbound and outbound network traffic at the endpoints.

Also, you need to be aware that VPN concentrators can be configured in many different ways and formats, depending of course upon the total number of remote users, and the security requirements of the business entity that is deploying it.

The diagram below illustrates a typical configuration, in which the VPN concentrator is situated just right next to the firewall (it can also even be situated just behind it as well): 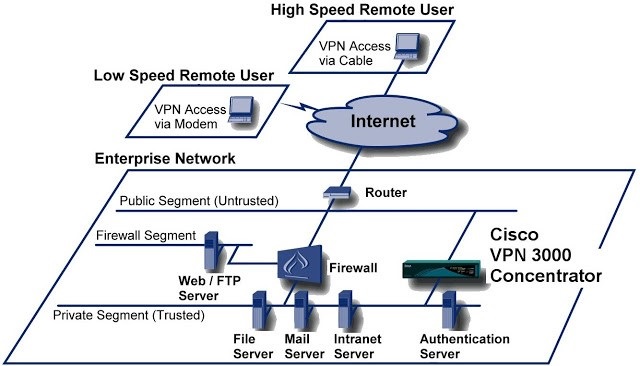 In our next blog post we examine some of the implications of actually deploying a VPN concentrator at your place of business.

The Need for An Incident Response Plan – Part 6